A fun game of KoW last night, my Easterlings (Kingdom of men) vs Ken’s Kingdom'sof Men with elven allies.


So as you can see two very different kingdom’s of Men armies. I hoped to use my mobility to maximum advantage and try to avoid tangling with the pike block if I could.

The game started well for me with my mouted scouts ganging up on the silverbreeze and destroying them, then using my mounted scouts as bait vs Ken's knights on my left flank which opened them up for a counter charge by my own knights. Alas, on the left flank I let my ogres get charged by the knights and hero on a pegasus and that did not end well for the ogres! 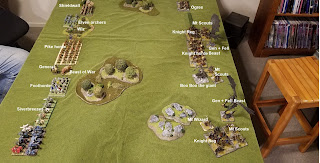 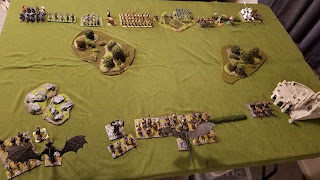 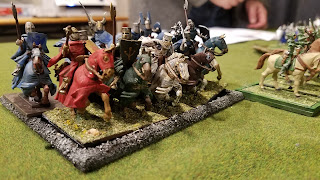 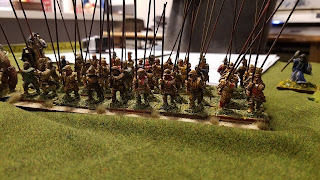 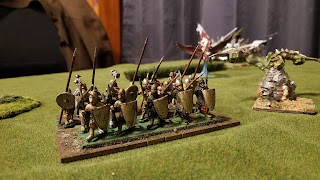 My Knights rprepare for battle. 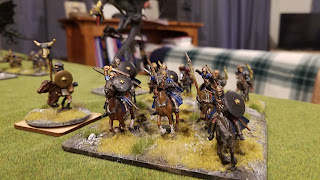 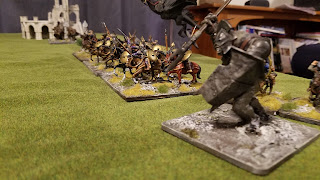 Turn 1 was a bit of sniping (1 wound each) while ken's forces advanced. 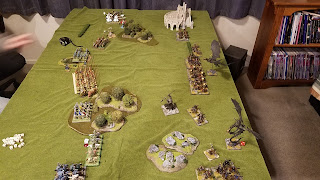 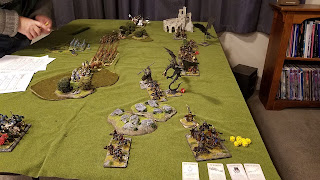 Turn 3, knights and a hero on a pegasus smash into the ogres. 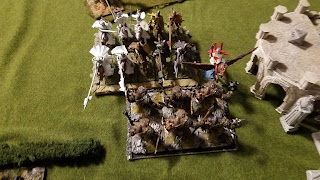 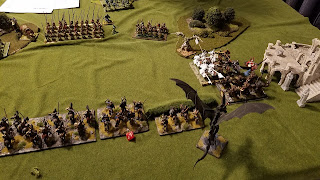 the ogreshold but are wavered. 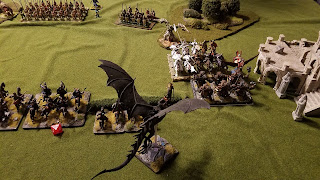 On the left the knights smash into my sacrifical mounted scouts. 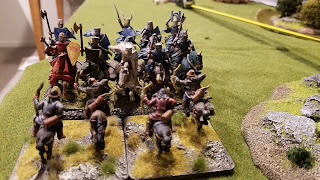 Alas, poor Boo Boo gets himself flanked by the beast of war. 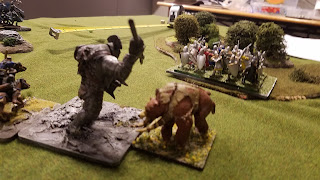 The melee on my right flank continiues 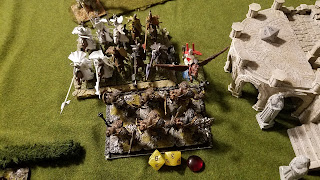 A view from turn 3 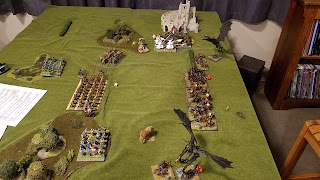 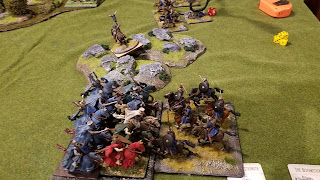 Having destroyed the mounted scouts Ken's knights are in turned charged and wiped out by own knights. 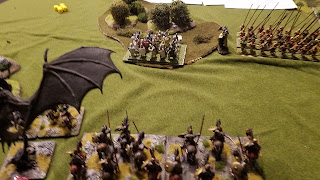 Sensing an opportunity I launch my own knights at the shield wall, aiming to break them and punch though the enmy line... 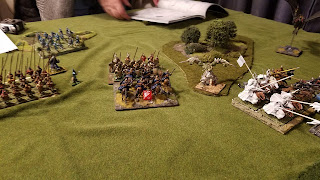 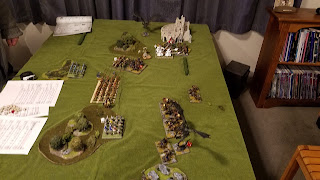 My reserve unit of scouts are flanked by the pegasus rider- but depsite the odds hold him off (though wavered) for two turns. Inconcieveable! 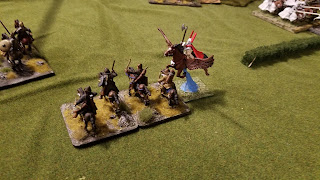 The pike horse slams into my knight horde which has just destroyed the beast of war. This phase was also known as don't take the bait, don't take the... oh crap! 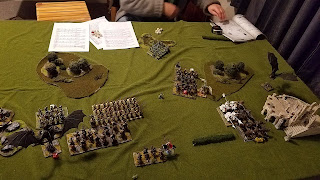 And are aided by the human general. 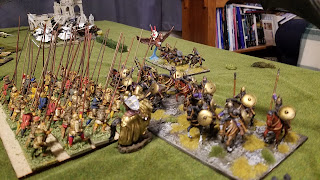 Knights are bogged down and about to be flanked by a giant! 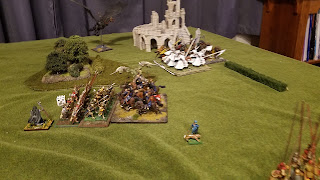 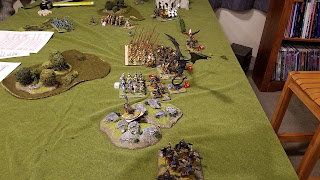 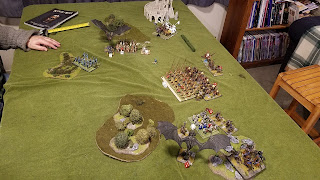 A giant in the flank doesn't help my knight's cause any! 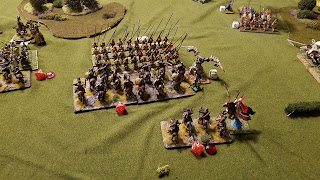 But they do manage to destroy the pikes. 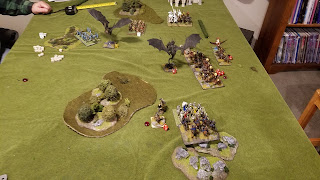 But next turn I lose a general and the knight horde and the remaining Easterlings flee back east from when they came. 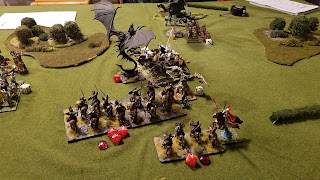 I got a bit lucky with 3 different units wavering instead of being destroyed (ken rolling 3s or 4s and not routing them) but in the end the pikes came though the centre supported by the footguard and although the pikes were destroyed by the knights eventually the Easterlings were overwhelmed.

As per usual KoW is bloody brutal, and soon the table became a massacre. I made a few tactical blunders that cost me dearly- ogres being charged and not screening my knight horde properly being the most glaring but I also had opportunities to take the game so was reasonably happy with my performance. I got a few units flanked at various times and so need to watch out for that and should have run a unit of mounted scouts to slow down the advance of the pikes before they came in at the knight horde- lesson definitely learned there!

Ken was a lot of fun to play against a thoroughly enjoyed the game. KoW certainly is fast, fun, engaging and most of all bloody game. We had a chat about the differnces with V2 (whcih we both ahd only played a couple of times but both fdelt that the V3 rules achieve what they set out to do and overall are pretty damn good.