Kings of War vs Martin


Martin popped down form Christchurch on Saturday for a game of Kings of War pitting his dwarves vs my Easterlings and Kent's Carthaginians. Not 100% sure on the rules, it is a tad dice heavy (at one point my cavalry unit rolled 48 dice as they'd hit a dwarven unit in the rear). Still, it is a game that allows us to pit semi-historic forces vs fantasy dwarves and have a fun and entertaining game so from that perspective the rules work. 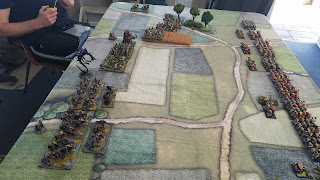 My Easterlings were the smallest force on the field, I was hoping that my cavalry would be of use but deloyed them directly opposite the dwarven organ guns so redeployed the first couple of turns. 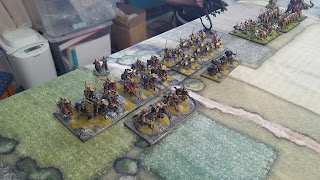 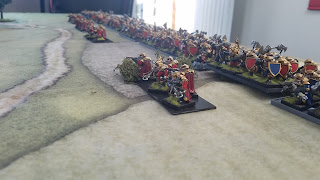 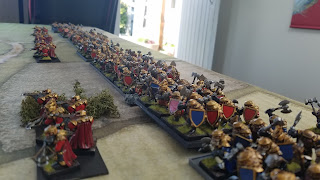 Turn 1, my skirmishing lhgt cav take 12 hits from the organ guns and implode- one reason to avoid those damn guns! 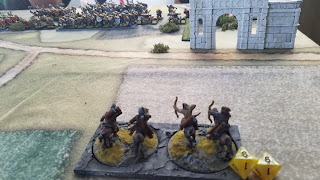 I refused my flank while Hannibal and Co gleefully charged across the field. 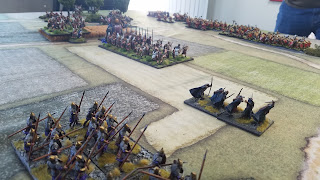 As you can see the Carthagians rushed forward while my troops were, well for lack of a better world, slacking. 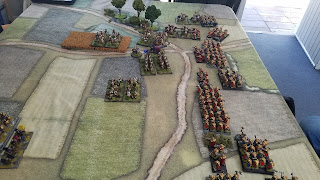 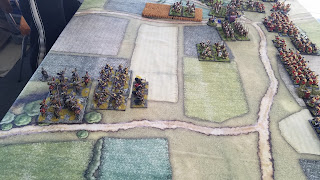 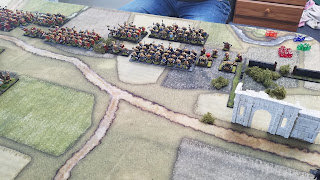 Kent;'s troops charge the dwarves- his Numidian light can being a revelation at how hard they hit...for light cavalry. 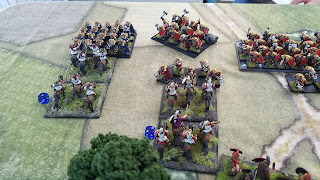 Soon there is a mass of combats underway on Kent's side of the table. 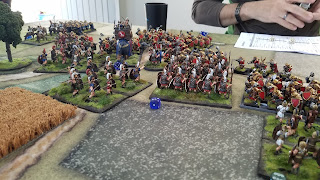 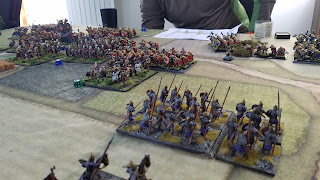 Martin moves a horde of his own to deal owth my spear horde. 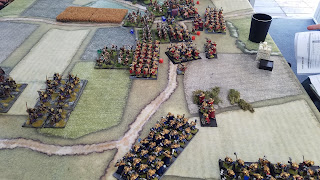 My hero on a fell best tries to deal with the organ guns but doesn't destroy either of them. 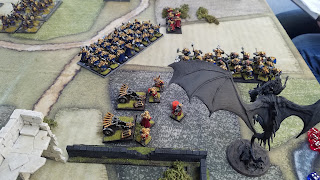 Kent's warband takes on a horde of dwarves 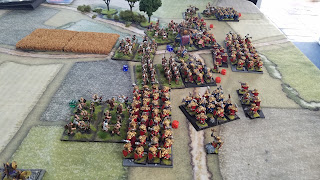 My spearmen get stuck in while the Easterling heavy can lines up the dwarves. 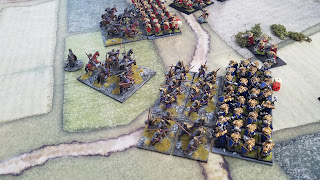 The hero on the fell beast has another crack. 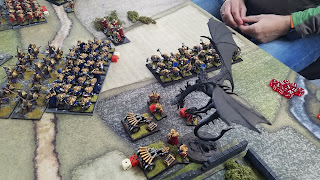 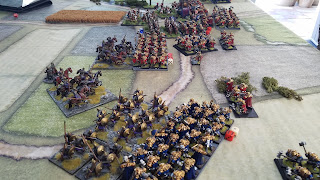 On the right the elephant continues stomping dwarves. 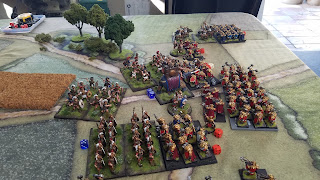 From a slightly different angle. 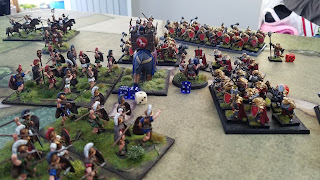 The dwarves threaten to surrund the Carthaginians. 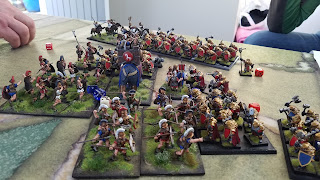 But the Easterlng cav has blown a hole in the centre of the dwarven line. 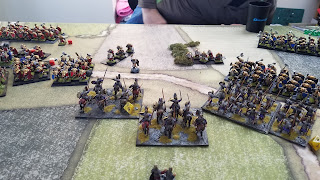 Hannibal continues to lead from the front 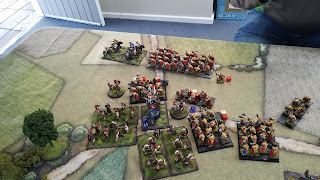 The Easterling Cavs hook round the support the Carthaginians- triple dice from the rear means 48 dice  woth of attacks! 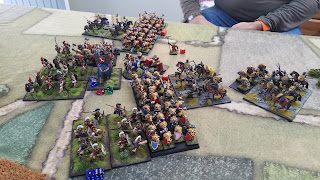 The Esterling heavy spear it and he dwarves continue to bash each other with little headway being made. 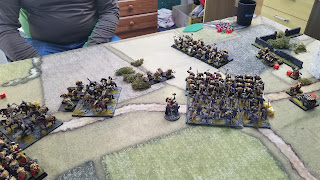 Easterling Cav manages another rear attack to support the Carthaginians. 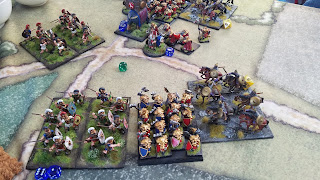 Another sandwich, this time Numidians, elephant and Easterling Cav... 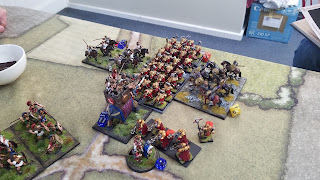 With 46 dice worth of hits the dwarven unit is destroyed. 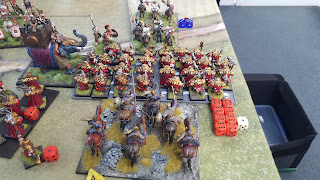 The spearmen are also victorious. 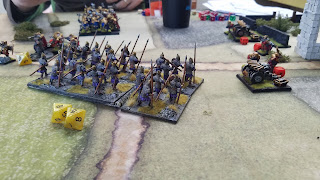 Although the images give the appearance of a one sided battle in actual fact is was a bloody stalemate with no clear winner.

A thoroughly enjoyable afternoons of gaming with Kent and Martin. We really need to game more frequently. I look forward to another game soon.